My server is manager with Laravel Forge, mostly because I found that setting up new project with SSL takes a lot of time. Plus, I never know if I "did it right". Forge is great if you use PHP, typically Laravel, WordPress or Symfony, but with something else, it can be tricky.

I recently wanted to install Ghost 2.0, but I gave up rapidly, just reading the install guide.

The same was about to happen with Discourse, but this time I decided to dive into it. This guide will help you setting up Discourse, next to your other project with Laravel Forge.

:::(warning) Downtime required Installing Discourse will require you to turn off Nginx, and all other websites hosted on your server will be down during this time. :::

Before we start, make sure the domain you want to use for Discourse is pointing to your server. I recommend doing this first, because it might take a lot of time.

Discourse ships as a Docker container, which really helps installing it next to other websites. Imagine if it required another version of Nginx or Redis than what you use!

I followed this step-by-step guide: How To Install and Use Docker on Ubuntu 16.04

In order to install Discourse, you need to be able to access the docker container from the outside. When you launch the build, it will fail because your 80 port is already in-use. There is probably a way to use another port instead but I couldn't be bothered.

There is probably a way to use another port instead but I couldn't be bothered: I stopped Nginx and shut down all my other websites for a few hours. It wasn't a big deal for me.

To install Discourse, I created a Mailgun account because the install process requires SMTP information. Then, I followed this guide: How To Install Discourse on Ubuntu 16.04

Now, it's time to head to your Laravel Forge account and add a new website. Select a static HTML website config, we will modify that later.

One of the main reason I'm happily paying for Forge is that I hate SSL. The following steps assume you're using Let's Encrypt from Forge. If you don't, you may have to change some config lines in the Nginx config.

Instead of serving the default folder, we want to redirect the traffic to Discourse's Docker container. I have modified the configuration to remove all PHP references and use Discourse. Make sure Nginx is reloaded and running after your modifications.

This is the toughest part, based on this guide.

Note that I provide my entire config file, yours might be a little different but if you focus on the diff part, it should be the same.

Grab a coffee, this step is really long! As long as the first time you installed Discourse I guess, but it felt much longer. 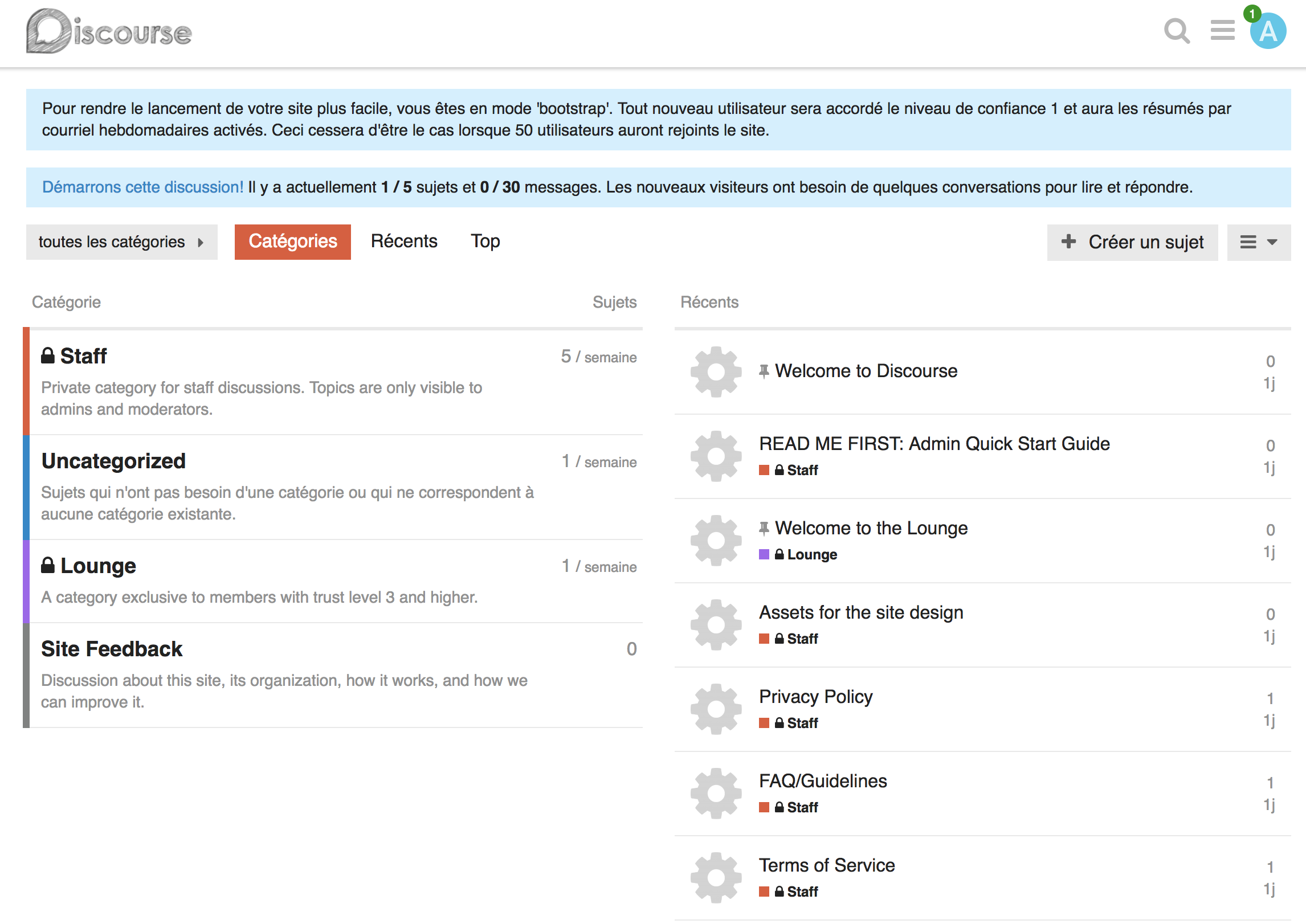